Back in August 2008, after a year studying at PKU, I wrapped up the summer with a week long break at Zhangjiajie in Hunan with Penny and my good friend Qin Fen, a Hunan lad from Yiyang, now working in Hong Kong.

Penny and I returned to Beijing on August 7th in time for the grand opening ceremony of the Olympics at 8pm on on 8/8/08.

Penny had managed to get hold of tickets to the Olympics athletics final for the event everyone wanted to see: 110m Hurdle Finals.  Chinese champion Liu Xiang (刘翔) was expected to defend his Olympic title against Robles from Cuba, but sustained an ankle injury in the first qualifying race. And he went from national hero and sporting idol to reviled coward, injury-faker and corporate whore (between 2004 and 2008 he promoted everything from burgers to sports goods to milk and even cigarettes - and after his injury this is how everyone described him).

Anyway, before we entered the stadium we were wandering around the Olympic Village.  Brilliant atmosphere. So many excited families (it was all families) running around, shouting, laughing.

I took lots of pictures and then sent one off to The Times Travel Photographer competition.  Thought nothing else of it, but the day after we got back to the UK an email arrived.  We won a wonderful stay at a hotel near Southampton.

Found the photo recently (not lost, just buried in the chaos that is my Macbook Photo library) and looked up on LexisNexis Academic.  Found the Winner announcement, so posting here for posterity. 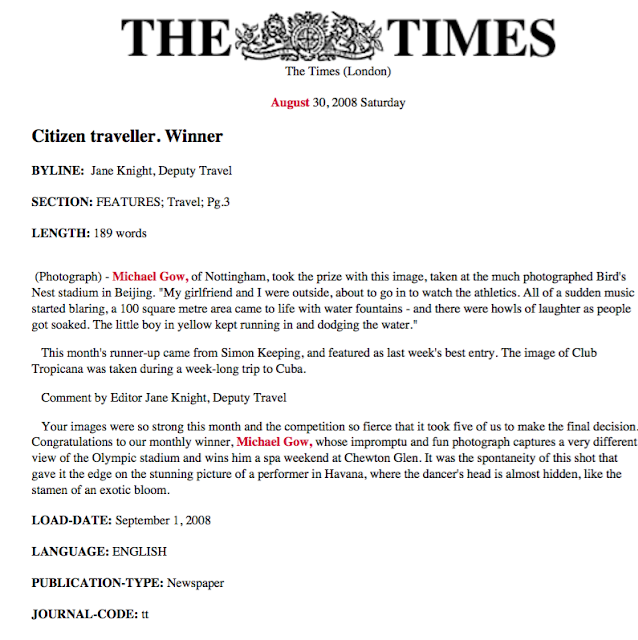 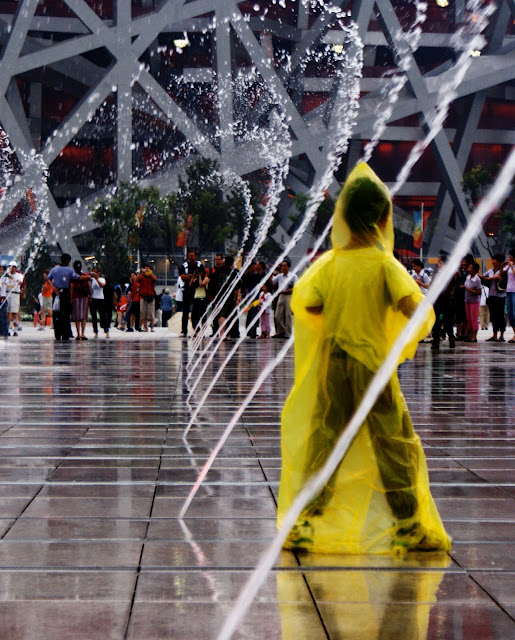